The short answer to how often Labradoodles need their hair cut is every 6-8 weeks. However, because there is so much variation in the mixed breed, the needs of your dog may vary. Most doodle owners and groomers alike agree that regardless of a Labradoodles coat type, they should be professionally groomed three times a year at the very least.

But as an owner, what can you do at home to keep your dog’s coat clean and healthy in between these professional grooming sessions?

What routines can you plan to have in place to ensure your pet looks his very best and feels the most comfortable in his hair?

Types of Coats in Labradoodles

To know what grooming routines suites you and your dog best, you need to know what kind of coat your Labradoodle has. There are three main types of coats in Labradoodles, each varying some in the degree of maintenance they require.

If your labradoodle is a first generation breed, the chances of his having a hair-coat are relatively high. A hair-coated labradoodle will have straight or slightly wavy hair.

While this coat will shed more, it requires little extra or special grooming care. Brushing and bathing will be necessary because of the higher volume of shedding, but the loose hair will not be prone to matting or tangling.

The fleece-coat, or shaggy type of labradoodle, is by far the most well-known look for this breed. This coat sports loose curls that are soft to the touch. It is the easiest of the three types to maintain, requiring less brushing than a hair-coat since it doesn’t shed as much and less grooming than a wool-coat as it doesn’t mat badly.

The wool-coat is exceptionally soft when it is well kept. It is marked by tight curls that distinguish the Poodle breed, and the hair is usually quite thick.

However, this coat type requires a lot of attention and will need to be professionally groomed at least every six weeks to prevent unattractive matting.

Many owners will keep these dogs’ hair shaved relatively short to maintain the beautiful coat better.

As has been mentioned, Labradoodle coats are prone to matting and tangling. This can become very uncomfortable for your dog and quickly becomes very unattractive.

Because of this, it is recommended that a professional dog groomer do haircutting. Even so, Labradoodles require a fair amount of hair care, and you will need to plan how you are going to go about ensuring your pet gets all the proper care between professional grooming sessions.

Most Labradoodles, regardless of coat type, will need to be brushed regularly. A hair- coat will need brushing daily because of the shedding, whereas wool or curly style requires brushing only two-three times a week.

Generally, for the breed, however, every two to four weeks will be sufficient to maintain healthy skin.

Grooming, cutting, and trimming a labradoodle’s hair is something you may choose to do yourself between professional grooming sessions but is not necessary if you are not comfortable with it. Generally, a trip to the groomers can be made every eight weeks on average.

Included in any grooming routine must be the regular checking and clipping of nails and the gentle cleaning of the inner ears. It would help if you also were observant of your dog’s skin, checking for ticks, infections, or strange lumps.

The sooner you catch these things, the better to prevent illness or discomfort to your Labradoodle.

Start early when it comes to bathing your puppy. Puppies can begin getting bathed as early as three months. Since you will be bathing your Labradoodle often throughout his life, it’s essential to make the process as comfortable and stress-free as possible early on.

Be sure the water you prepare for bathing your Labradoodle is warm and that the environment is calm. If he is a puppy, consider bathing him in a small container instead of a tub to get him accustomed to the water gradually.

Wet the coat thoroughly, avoiding getting his face too wet, particularly his ears, as they are prone to infection. Use dog-safe shampoo and be sure to work a lather down to the skin.

Thoroughly rinse him after that as residual shampoo will make matting worse and will make brushing difficult. Use towels to dry him off. Depending on your Labradoodle size, it may take plenty of towels to dry him off completely. You may choose to use a hair drier, but do so with caution as the noise can be stressful to them.

After a bath, you will want to detangle and brush your Labradoodle. Depending on how long your dog’s hair is, you may want to consider purchasing a detangler specifically for dogs to make the process a little easier for both of you.

It would help if you brushed your Labradoodle with a thick bristle brush so that you don’t do any damage to hair follicles. Brush in small sections at a time, and be sure to brush to the skin. Merely touching the topcoat often leads to significant matting at the skin level.

Be especially intent on brushing out your Labradoodle’s chest, neck. And under legs, as tangling is worst in these areas.

At this time, you may also want to trim his nails. If you do, be sure you have a clotting substance like flour or cornstarch in the chance that you accidentally clip the quick. This will prevent any excessive bleeding.

Grooming is another term for the haircutting and trimming process. Generally, you will want to leave grooming to a professional, but there is some slight trimming you may want to do at home, in between professional sessions.

If so, there are a few guidelines to follow.

Labradoodles are some of the most lovable and smart breeds of dogs out there and make beautiful pets; be aware that some time and effort will be required to maintain those soft and curly coats to ensure they remain beautiful and healthy. 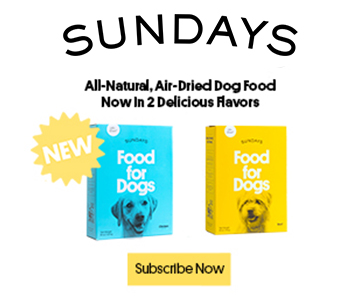